The Story Behind EOVF and its Founder

Hi. My name is Jennifer Ambrose. I am the founder of the Eye on Vision Foundation (EOVF), which is a 501(c)3. Like so many charities which are close to our heart, EOVF was started for personal reasons. I'd like to just take a few moments of your time and tell you about my story and let you know a little more about what EOVF is all about.

In the summer of 2005 I woke up to a world which had been changed forever in my eyes. I saw floating spots and clouds everywhere. I had experienced floaters in bright sun before and guessed that this was some type of extreme case. Instantly I got very nervous knowing that I had once asked my doctor about them and knew that there was no treatment. Nevertheless I made an appointment with my eye doctor. I was told that I had no retinal tears, and that my eyes looked healthy aside from the floaters. Later when I looked at my chart, I saw that I had macular drusen, which is a precursor to macular degeneration.

I went home in despair, as I was given no hope that these would be going away. I would have to live with them the rest of my life. Also, I may have a potentially blinding condition in macular degeneration.

Days past, and I started seeing visual snow everywhere. I had always seen static in the dark since childhood (which I thought was normal at the time), but never with the lights on. Every wall I looked at was covered in static. I covered one eye static, I covered another eye static. I went to a neuro-opthomologist this time, and all of my tests came back normal. He said he wasn't familiar with my symptoms and had no advice.
Days past, and my eyes became very sensitive to light. I started seeing negative after images everywhere, then my body began to tingle. I called the doctor and he said I needed to get to the ER, that I may be having a stroke. At the time I was 27 years old, so a stroke seemed a bit rare, but so was everything else happening to me.  I was admitted into the hospital for a week and had every test run known to man including CT scans, MRIs, blood work, Xrays, and a lumbar puncture.

When I came home from the hospital my vision was worse. I was having ghosting images, halos, glare, and my vision had gone from about 20/30 to 20/40. Still no explanations.
A few weeks went by and I was looking at my baby daughter; my older daughter was right behind her and there were two of her. I was seeing double. Not on the object I directly looked at, but whatever behind my object of focus was doubled. Back to yet another doctor. I was told that my brain had stopped filtering out excess visual information. Each eye sees two independent images and it is our brain that fuses those images into one. My brain was not doing that job effectively anymore.

Finally, after months I stopped getting new symptoms, but every single symptom I developed over those months has stayed with me. I still have the floaters, visual snow, after images, ghosting, glare, haloes, double vision. I still live with it all 24 hours a day, 7 days a week. Even with my eyes shut tight.
Eventually I found a message board with hundreds of other people suffering from the same condition all around the world. All of their tests came back normal as well.

Fast forward to 2010, a patient that I had met through one of the message boards connected me to Prof Goadsby. We decided to collaborate, along with Dr. Schankin, on the first ever Visual Snow Syndrome research study.

In June 2014 - some of my symptoms which had calmed down over the years came back even worse than 2005. I had never lost any of the symptoms, but they had lessened to the point that I was able to lead a happy life. All of my symptoms came back full force and new symptoms of flashes, blue random circles, and vertigo developed.
​
In 2016, yet another worsening of symptoms occurred. This left me housebound and often times wondering if there would ever be a calm down of symptoms again. They calmed, but never got back to any of my previous levels, and I learned to adjust. The worsenings have become almost annually at this point. In 2021 they are still happening. Silent migraine symptoms seem to be overlapping my visual snow symptoms.

This is a very personal cause to me. This is why I created the Eye on Vision Foundation. When I first developed the condition nothing was known about it and no research was being conducted and no doctor even wanted to believe patients. We have come a long way in 16 years, but we are still lacking something that I feel is crucial to our quality of lives - a treatment. I share my personal story with you all, so that you know how invested I am in finding a treatment and a cure for Visual Snow Syndrome. I live with this condition day in and day out. I'm not giving up and welcome others to commit to finding a cure along side me! 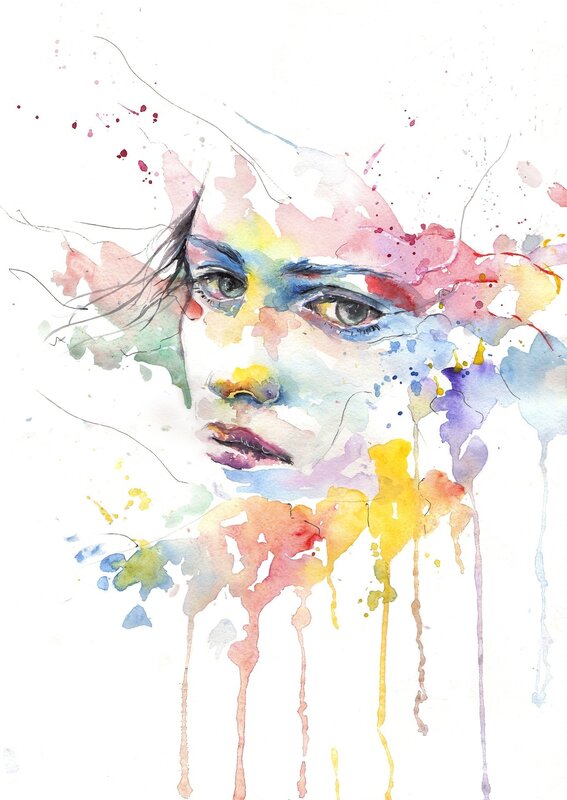